STUDY: How the Choice of Images on Nonprofit Home Pages Influences Donations

Even though the Internet is considered invaluable for businesses, and even though it has increased the ability of nonprofit organizations to communicate with potential donors, studies prove that NPOs have been less successful in using the Internet to gain revenue. The images charities use on their home page can make a difference on many levels, says the author of a new study.

What strategies can marketers use in choosing images to communicate indirectly with the desires, urges, and mythic motifs embedded in the unconscious level of the human mind?

“A Semiotic Analysis of Home Page Photographs of Nonprofit Organizations,” by Jonathan Birkel examines the subconscious related theories and techniques used by NPOs in online photographs. The study of these techniques, which influence consumers on a subconscious level, is called semiotics.

Semiotics also considers persuasive techniques to increase donations, such as mood management and mythologization, which influence consumers at a subconscious level.

How photos can encourage donations

The semiotics of photography includes the idea that everything about an image can communicate something to the reader. Birkel provides examples of the ways in which an NPO’s choice of photographs’ colors, gestures, lighting, special effects and camera angle not only can quickly convey complex ideas and help viewers absorb large amounts of information, but also encourage them to donate.

This study also considers the role of the call to action that is meant to provoke immediate response, including imperative phrases such as: “Call now”; “Get one today”; and “Don’t be late.”

The study shows that photographic themes used by successful NPOs include happy children, the singling out of individuals, a focus on the viewer by having those who are pictured stare at the camera, and the incorporation of signifiers that represent urgency or danger without inducing too much guilt. The research suggests that the attempt to persuade through guilt may or may not be successful depending on factors such whether the image and text have the ability to influence the viewer toward feelings of anger or achievement.

Birkel says that the photos with the greatest potential to influence behavior serve consumers’ selfish motives to feel achievement and be recognized, while also making them feel altruistic. Making consumers feel that there is a solution to a problem, and that they can be recognized as a part of the solution, is the goal of the most effective images.

This is important because when the act of donating is percieved as being motivated by altruism, the mind focuses on the person or people who are being helped.

The study notes 15 motives that consumers have for buying products, and considers a donation to an NPO as a purchase. Among them are motives that can be considered selfish including the desire or need to gain public recognition.

While NPOs should not draw attention to selfish motives, says the author, they should consider the implications of selfishness in the decision to donate because, by doing so, marketing is more likely to maximize potential donations.

When donations are motivated by selfishness, the mind undergoes a cost-benefit analysis where the cost of money sacrificed by the donor is likely to seem more valuable than the service provided by the NPO.

NPOs must attempt to manage donor mood by presenting the needs of other people in such a way that they make donors feel that money spent on helping others leads to higher happiness levels than money spent on oneself. Using mood management, NPOs must increase the correlation between how much a donor gives and how good they feel about it.

The key to this strategy is to focus on the consumer and the benefits of taking action instead of the charity and its actual function. Research shows that donating to charity has the potential to enhance the donor’s self-image as a generous person.

When combined and incorporated into marketing, myths and archetypes form mythologization, helping to create a story that engages on multiple levels.

Because people who donate to nonprofit organizations view themselves as archtypically compassionate and kind for having done so, they are ideally rewarded by the feeling that they are an important assistance provider.

Strategies You Can Use

Here are a few of the study’s examples of NPOs’ successful use of images using techniques that result in donations. 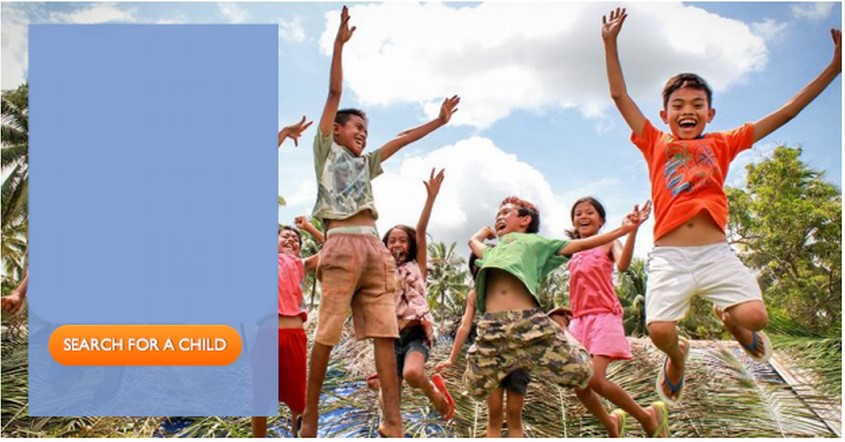 In this image, the children are smiling and studies show that happiness increases the potential that a prospective donor will make a contribution.

“This creates a metaphor wherein the possibility that jumping can produce smiles suggests that freedom, or the liberation of certain burdens, can produce happiness,” the study notes.

This image is effective because the woman’s smile, says the study, serves to separate the message of voluntary and pleasurable behavior from the sad surroundings.

The text suggests that the way to put a smile on one’s face is to help, or to submit one’s self, to other people, suggesting that doing something for others produces rewards.

Two examples of images used by Food for the Poor are included in the research.

By comparing heavenly and earthly beings, in addition to the fact that the text advertises charity, the image suggests that Ladd is an exemplary being. The parchment background, often associated with ancient texts, such as scriptures, suggests that donating can make the viewer an earthy angel, and therefore, an icon of divinity.

This text is significant because it employs several theories and persuasion techniques, thus increasing its potential for success. It succeeds in influencing the viewer to feel obligated to donate in order to maintain their status as a good person.

The position of the child, the research shows, may enhance one’s ability to identify with the situation by relating to the adult or sympathizing with the child.

This inclusion of the adult’s lap has the potential to influence viewers who are attracted to and influenced by others who are like them. The placement of the child’s face next to the camera provides a single identifiable victim, increasing the likelihood that viewers will identify with, care about, and remember the child pictured.

This suggests that this is not some random child among a helplessly large number of other children; this is one child, and he has a story; more importantly, this is one child who can be helped.

The image presents a solution to two problems: taking action can help the viewer feel like a good person, and allows him/her to help resolve an unfinished story in a positive way by becoming an assistance provider.

How NPOs use, position, caption and describe photographs on their home can have huge impact on the outcome of their appeals. The opportunities for charities that take the time to study semiotics are vast. This post is a beginning. We hope you find it helpful and welcome your comments and successful examples.

– Don McKenzie is President & CGO of Innovairre Communications, which supports more than 500 nonprofit organizations around the world. For more about increasing the effectiveness of appeals, contact us at Answers@ Innovairre.com.